Knowing the Meaning of the Writing on the Whiskey Bottle Label 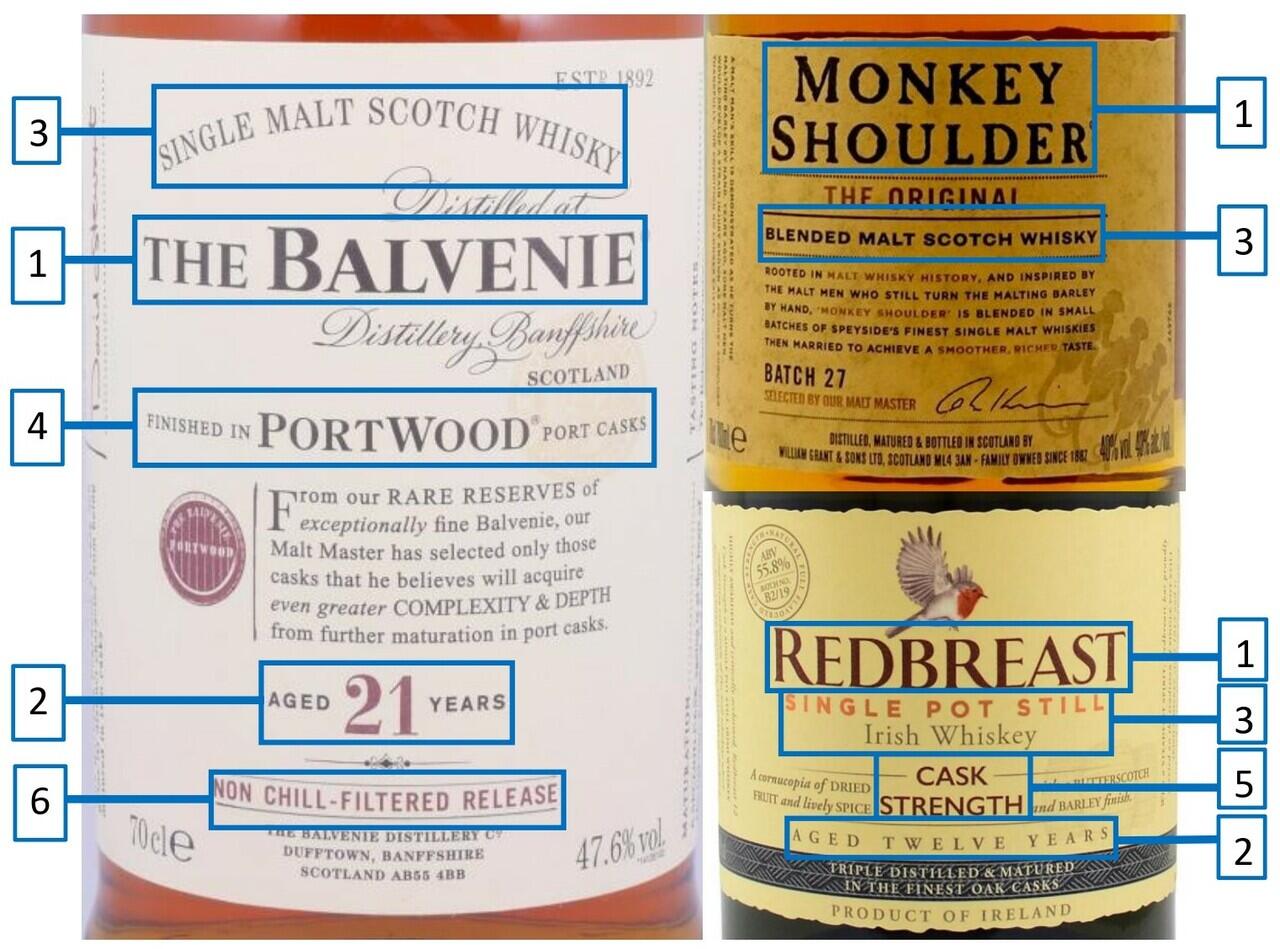 In addition to the price, alcohol content, and the number of contents of the bottle, there are 6 points that I think can be considered. If some of these points are not found on the bottle label, it doesn't matter, the most important thing is to know the price so you can pay, know the alcohol content so you know how dangerous the drink is, and know how much it contains. The other six points to consider in my opinion are:

To find out the type of whiskey, it will be divided into 3 parts, namely: **1.**The source of the whiskey obtained; 2. Types of grains or grains/cereals and processes used; 3. Country of origin a whiskey is made. Example of division: 1[Single] 2[Malt] 3[Scotch Whiskey] 1[Blended] 2[Malt] 3[ Scotch Whiskey] 1[Single] 2[Pot-Still] 3[Irish Whiskey] 2[Blended Scotch] 3[Whiskey]

For more details detailed check on each section below:

Whiskey from the cask/barrel is packaged directly into the bottle without any additives and without being dissolved/added with water to lower the alcohol content. The alcohol content in this type of alcohol is very high, approximately 50-60% ABV.

Non-Chill-Filtered means that the whiskey has not undergone a low-temperature filtering process (Chill Filtered) with a temperature of 0°C to -4°C. This is done so that the whiskey remains clear even if it is thawed/added with water because whiskey will usually be cloudy/foggy/turn cloudy when added to water until the alcohol content is below 46% ABV. Therefore, don't be surprised/panicked that non-chill filtered whiskey will turn cloudy when water or ice is added.

In addition to the front label, sometimes there are other explanations on the back or on the packaging box that are clearer and more detailed.

In conclusion, a few words on a whiskey label can provide enough information to know what's in the whiskey. With this information, you can also make it easier to find and choose a whiskey from the many choices available.