The board game is a game using the main media in the form of a game board which is usually open in the middle of the table with the players sitting around it. We know there are also card games and dice games, as well as various combinations and variants.

Often we do not realize that board games are an important part of society because family and friends often come to gather and play together. There are many corners of the city where chess addicts flock to interact and beat one another.

Two of the world's most popular board games are chess and Snakes and Ladders whose origins and meanings are surprising.

Many have claimed to be the place where the game of chess was born, but the earliest records that can be found date back to the Indian subcontinent in the 6th century. Chess turned out to be a modified form of the ancient Indian game 'Caturanga'.

Caturanga is a Sanskrit word meaning 'to have four sections', commonly referred to as 'troops' due to the traditional Indian army emblem consisting of 4 divisions.

Since the second century BC, there has been known a game played on a board consisting of 64 squares, with different pawns to represent the troops, horse statues representing the knights, the pawns of the warriors being the infantry, and the king's pawns controlling all divisions with help. the priest (the vizier). 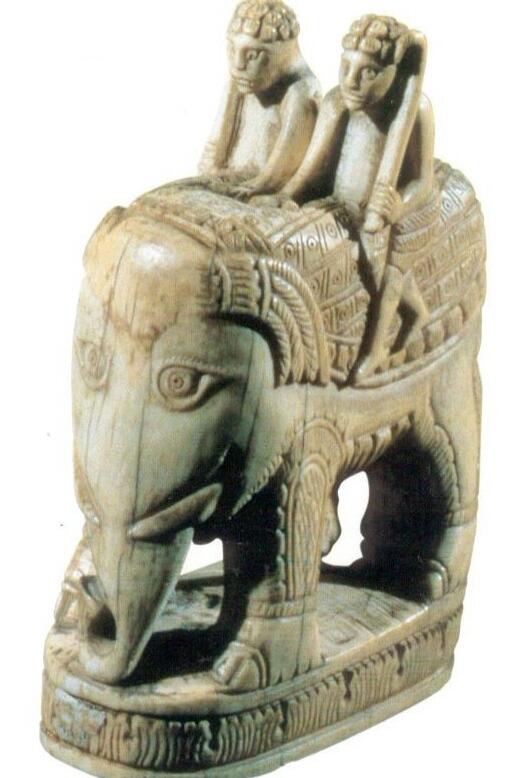 In ancient India, chariots were often featured in war. If you look at the story of the war of Bharata Yudha, there are many fragments of the story centered on this tool of war. When Alexander the Great invaded the Indian subcontinent in 326 BC, elephants, which were native to India, also played an important role in battle. Both are featured in Caturanga.

Chess was brought to Persia during the period of King Khusraw I Anishshirvan (531-579 AD). The Persian and Urdu name 'Shatranj' recalls the Sanskrit name Caturanga. The word 'Chess' (the English term chess) comes from the Persian word, Shah, which means King.

The game quickly spread across geographic and cultural boundaries to the Middle East, Spain, Byzantium, Italy, China at the height of the 7th-century Arab heyday. In each different region, cultural chess. But Europe was not used to elephants, chariots, or viziers. The elephant was turned into a bishop, while the chariot (Ratha) became a castle/tower which was eventually called 'Fort', which was taken from the Persian word Rukh (Direction). The soldiers remained on board as pawns, taken from the Latin word 'Padati', which means infantry. Minister (Firzan), made by a Queen.

Chess war game with universal order concept. It is a cosmic reality, where the ruler controls the universe. It is a game of skill and ingenuity where the king fights to protect his kingdom while controlling the fate of his subordinates.

After a century passed and the game became a medium of intellectual training which had its own federation which held tournaments on a regular basis.

The game of Snakes and Ladders, as well as chess, has roots in the long history of ancient India. There are Snakes and Ladders with versions and styles of Jainism, Hinduism, Islam, and Buddhism still being played to this day which can trace its footsteps from the 18th century.

Unlike chess, which is full of strategy, Snakes and Ladders is a simple game using the main principle or good fortune.

In the past, this game was one of the methods used by priests to meditate and teach moral messages through media other than sermons.

In various religions, the Snake goes by different names such as Gyan Chauper, Moksha Patma, and Paramapada Sopanapata, which can be translated as a game of self-knowledge or a game step towards higher heights.

The snake is such a bad symbol that those who do it will never progress and must succeed. Stairs are good meanings that take someone to a higher place than they should be.

In the repertoire of Hindu history, it includes the philosophy of Karma, Kama, and Moksha namely destiny, desire, and salvation.

Good deeds and restraint enable one to attain liberation, whereas bad deeds lead to the rebirth of the soul in a lower life form. A larger ratio of the number of snakes to ladders implies that difficulties occur more often and finding the right path is not an easy matter.

In the Muslim version of Snakes and Ladders, the ladder is made shorter to illustrate that the path to truth is a gradual step. These variations vary depending on the place, culture, and religion of the user. 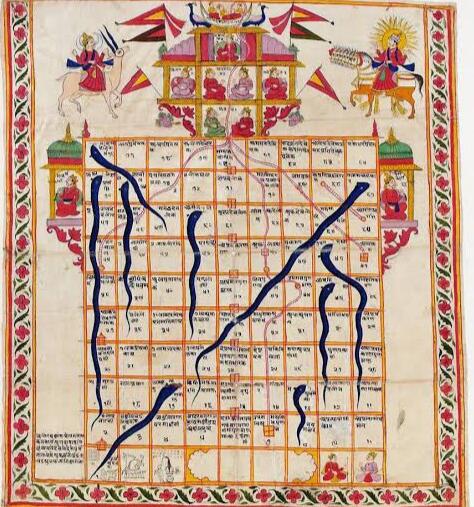 The game was originally made on a piece of cloth or paper and was treated more like a script. The boards are elaborately decorated with many messages of religious wisdom, architectural patterns, plant patterns, sacred figures, and scenes of heaven and hell. Shells and pieces of wood are used as dice and different players. 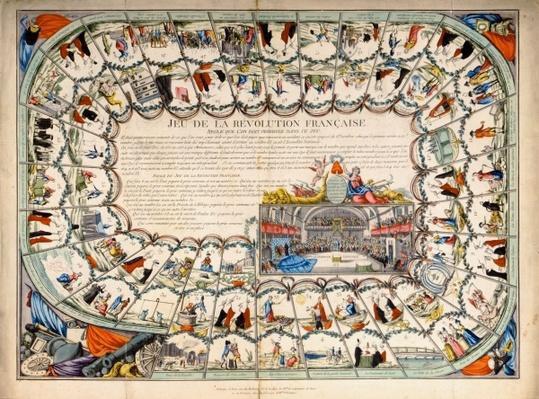 In the 19th century, England imported this game to Europe and grew rapidly until it was introduced in the United States in 1942.