Indeed there are so many unique things in this world and of course, not all of them we know and see before. Not only about nature, but also the living things in it. Because the world is so vast and there are so many kinds of content, one of the things that attract the most attention is the various types of animals. Maybe some of you have seen so many kinds of animals, either from zoos or books and the internet. But in fact, it is only a small part of what exists in the whole world. There are still many types of animals that we may not have known and seen before. This is because its existence is rare or even extinct, for that, here we show some types of animals that may not have been known before: 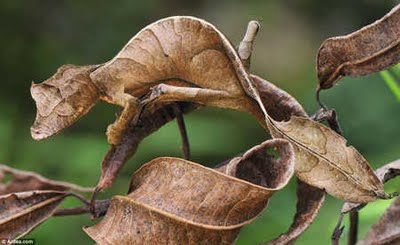 The body size of this type of medium lizard can reach 9 cm and can be found around the east of the island of the African continent, especially in Madagascar. Called the leaf-tailed devil lizard because the head looks like a devil (horn) and has both red eyes. The body color of this leaf-tailed devil lizard can be brown or gray and he is most effective at camouflaging himself according to the environment with yellow, green, orange, or red colors.

In addition, they are among the most unique animals in Madagascar because these lizards sleep on thin tree branches with their heads pointing downwards. 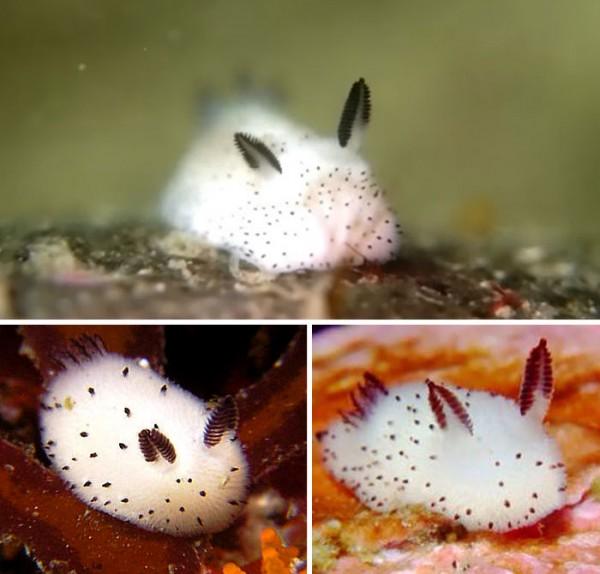 What most of us know are seals, sea lions, elephant seals, sea horses, sea snakes. But it turns out there are also cute sea rabbits.

This small species called Jorunna parva or nicknamed the "Sea Rabbit" is a very small seabed snail, only about 2 centimeters. Its body is covered with white fur and covered with tiny black needle-like bumps called caryophyllidia. However, there are also large needles that look like erect auricles like rabbit ears. While the back of the body looks like there is a tail so it looks even more adorable This adorable creature is indeed very attention-grabbing. They were also nicknamed "the fluffy little bunnies of the sea" or the cute and furry sea rabbits. This snail is classified in the class gastropod in the phylum molluscs.

this species is also known as a nudibranch, which is a marine gastropod mollusk that is soft-bodied and does not have a shell. When they are larvae, they actually had a shell, but the shell will come off as they grow into an adult nudibranch. 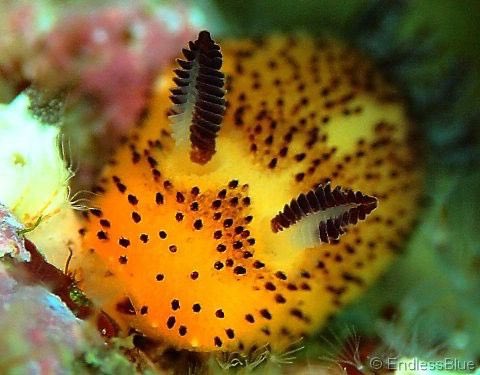 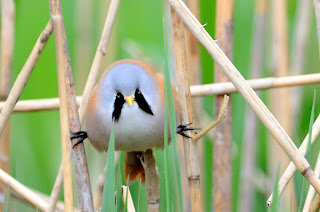 Furthermore, there is a bird that is no less cute than the sea rabbit named Bearded Reedling which is included in the parrotbills family in Paradoxornithidae (Paridae). However, according to more recent research, the Bearded Reedling is actually a unique songbird. and type Living solitary or Monotypic. 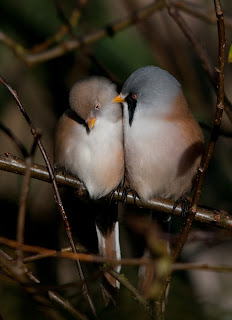 Next is the prairie chicken. The unique shape of the eyebrows and the quirky feather crest make this chicken a unique and also somewhat rare animal. Desert Horned Viper is the name of a snake that lives in this desert. One of the uniqueness of this snake is the horns above its eyes. Well, even so, there are also some that are hornless or whose horns are a bit small. These horns can be used to protect their eyes, or also for camouflage. But for sure, this horn makes it easy to recognize and looks exotic huh The shape of the head tends to be triangular in shape, and the vertical pupils of a cat's eye and also the scales that are not the same as those of other snakes are slightly keeled, which helps it walk on sandy areas. The Horned Viper lives in desert areas or rocky deserts, especially the Sahara Desert. In addition to Africa, it can also be found in several areas in Arabia and Israel. The sixth is a unique bird that has the scientific name Cephalopterus Penduliger. if the name is usually Long-wattled umbrellabird, from the name you can see why he is a unique bird because its shape is like an umbrella handle 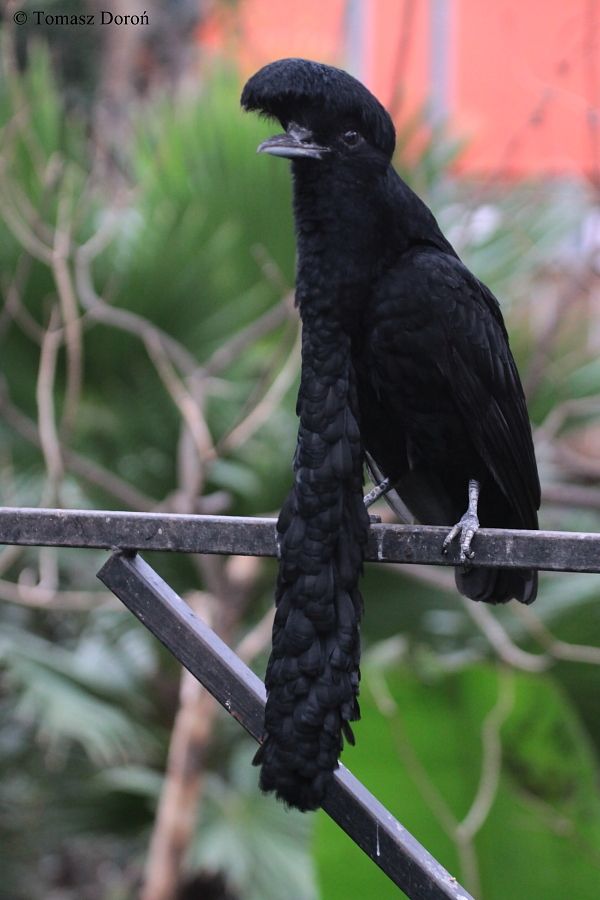 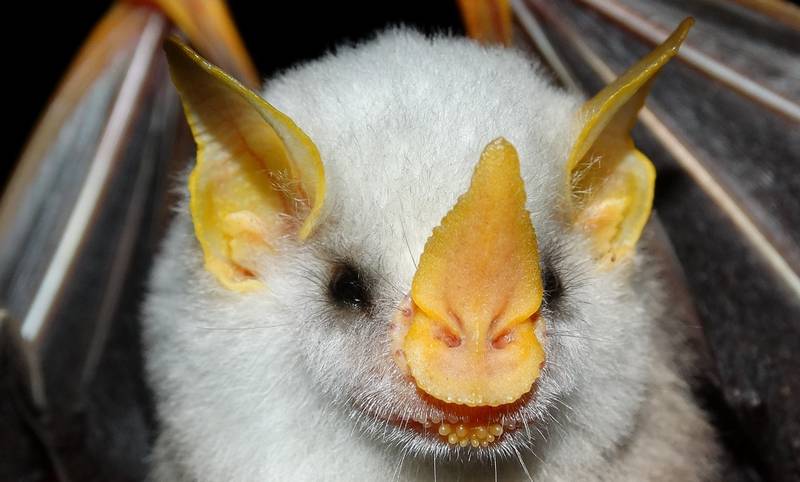 Next, there is a cute little bat from Honduras. Their ears, face, nose, and parts of their legs and wings are bright orange, while their fur is pure white. Their wings are black and hairless. Their nose is the main feature of this bat because of its color and shape that resembles a leaf.

It's also known as the tent-making bat because of its habit of turning the leaves of the heliconia plant and making a dwelling or nest under it. These leaves provide protection for these small animals from rain, hot sun, and predators.

However, the stems of the heliconia plant are not strong. So, when predators approach them, their tents will sway and provide a warning for Honduran bats to get out of harm's way. Besides Honduras, they can also be found in Central American countries, such as Panama, Costa Rica, and Nicaragua.

ANDEAN BIRD COCK OF THE ROCK 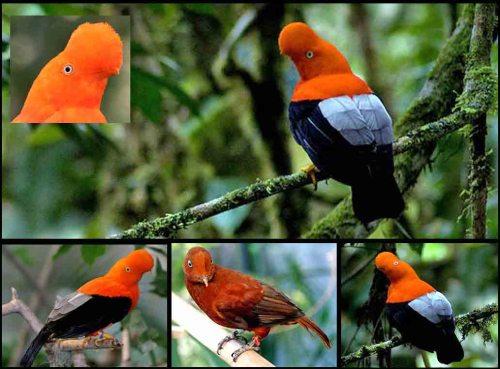 Cock of the rock is a kind of beautiful bird of medium size (20-40 cm) from South America. This bird gets its name, from its nesting place in a rocky hill area on the edge of the forest. This bird consists of 2 species, namely: the Guiana Cock of the Rock Rupicola rupicola which is spread in the highlands of Guyana including Suriname, East Columbia, southern Venezuela, Amazonia Brazil, and the Andean Cock of The Rock Rupicola peruvianus which is spread in the Andes mountain forest area which includes: Venezuela, Ecuador, Peru, and Bolivia.

The Guiana Cock of the Rock is one of the most beautiful and strange birds in South America. The whole body of this bird is covered by very striking orange feathers. The head is equipped with a semi-circular crown which is very unusual for the birds. But the strangest of all is the mating ritual during the breeding season, which is both complicated and unique

About 30-40 male birds, will gather together in a kind of field at the edge of the forest. This field is in the form of a demonstration area consisting of low tree branches or vacant land that is clean of dry leaf litter. All birds will try their best to dance, developing their beautiful body feathers and crown.

Rotating movements, pecking, and chirping with a certain tone will be made by males to attract females. So extreme is the display of feathers that when the crown on the head and the feathers on the back expand, this species doesn't look like a bird anymore. The female bird who is interested will come closer and choose one of the males to mate with her While the second type Andean cock of the Rock is slightly larger than its cousin in Guyana. The distinctive feature of this bird lies in its crown which is like the crest of an 80s rock singer and the color of its bluish-gray back feathers. This bird's diet consists of fruits, insects, and small reptiles such as lizards and frogs. During mating season, fewer alert birds of this species will be preyed upon by eagles, pumas, jaguars, ocelot cats, and boa constrictors. Nests are made at the mouth of a cave or a high hill wall.

The Indri, also known as the bakuto, is one of the largest living lemurs, measuring 64–72 cm from head to the body and 6–9.5 kg in weight. It has black and white markings and has an upright posture when climbing or embracing.

Pamper Your Pets With These 6 Adorable Equipment